Hemp or hemp is an annual plant belonging to the Cannabaceae family that can grow from 50 cm to 3 m. This plant, whose homeland is Asia, has spread all over the world by following various routes. There are two common subspecies today. These; Cannabis sativa and Cannabis indica. Cannabis sativa, which is used for fiber production and has industrial importance, is the most widely known type. Apart from the textile industry, it is used in many different sectors such as oil, food supplement, medicine, animal feed, paper, cosmetics, construction, automotive, and energy.

Cannabis production is legally permitted in different countries. China is the leading country in the production and realizes 40% of the world production with approximately 44,000 tons per year. Chile is the largest producer in South America and France in Europe. The global industrial hemp market size is expected to reach the US $ 10.6 billion by 2025, according to a published report.

There are two basic substances in the cannabis plant called THC (Tetrahydrocannabinol) and CBD (Cannabidiol). THC is a psychoactive substance and is used as a drug. One of the main reasons for the prohibition of cannabis is the use of THC, which is concentrated in the upper part of female cannabis, as an enjoyable and addictive substance. In cannabis produced for industrial purposes in many parts of the world, especially in the USA and Canada, the THC ratio must be legally below 0.3% and in the European Union below 0.2%. Marijuana used as a drug may contain 5% to 20% THC. 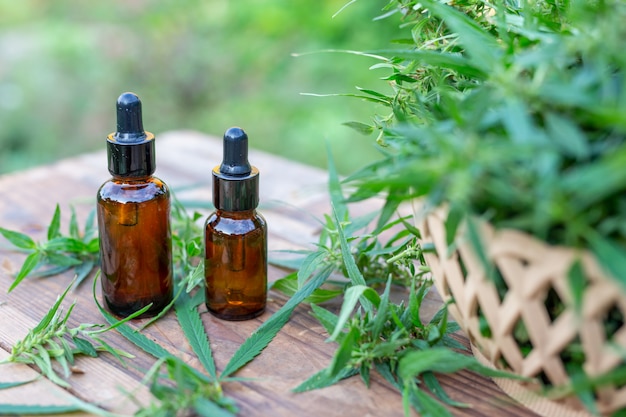 
CBD is one of the most critical cannabinoids found in cannabis plants. Cannabinoids; The immune system plays an important role in the regulation of various physiological processes such as appetite, pain, pleasure, mood, and memory. Cannabinoids are used to treat a variety of illnesses or alleviate symptoms.

While cannabinoids are found in a variety of plants in nature, hemp is the only plant known to contain CBD. It is stated that there are 113 cannabinoids in the cannabis plant. CBD has the same chemical formula as THC but the atoms are in a different order. While this slight difference causes THC to have a psychoactive effect, it makes CBD more innocent. This fact can mean that when you take CBD for medical purposes, you will experience a relief in your unwanted ailments with little or no noticeable effect on your cognitive abilities.


Today, oil is extracted from cannabis by many different methods and it is offered for consumption according to its composition. Although it is referred to as "oil", there are serious differences among them.

Hemp Oil by squeezing the seeds

Hemp Oil; It is obtained by squeezing the seeds of the hemp plant with the cold-press method without being exposed to high temperatures. Most of the fat consists of unsaturated fatty acids. It is stated to have a high nutritional value.

CBD Oil; Cannabis oil extract or CBD (cannabidiol) is the oil extracted from hemp flower or whole hemp plant using a method such as CO 2 or solvents. The term "hemp oil" is sometimes used to refer to CBD Oil and can cause confusion in the market. It is wrong to interpret CBD Oil as fake medical marijuana. CBD Oil is derived from industrial cannabis varieties that contain high concentrations of CBD and other cannabinoids, but does not contain THC and does not cause a psychoactive effect like medical marijuana supplements or products.


Actually, CBD is a derivative of the endocannabinoid naturally produced in the human body, meaning it is already present in our body. The fact that the endocannabinoid, which is also found in some foods such as broccoli, is mostly found in cannabis makes the plant important. Because cannabinoids reach receptors in central nervous system cells. In other words, every organ and part of the body is affected by our cannabinoid consumption. Its effects include strengthening the immune system, increasing brain function, dealing with stress, and even maintaining balance in cells called homeostasis.

The US Food and Drug Administration (FDA) has not yet made a clear decision on CBD. The manufacturing process of these products has not been subjected to FDA review as part of the drug approval process, and no FDA assessment has been made on whether these products are effective for their intended use or the appropriate dosage. It is not yet clear how they might interact with FDA-approved drugs, or whether there are dangerous side effects or other safety concerns. The agency has set up a high-level internal working group to explore potential ways to legally market various CBD products. It is stated that the agency has a long-established pathway for drug development and drug approvals, and it will evaluate the regulatory policies of the agency regarding CBD products. FDA,